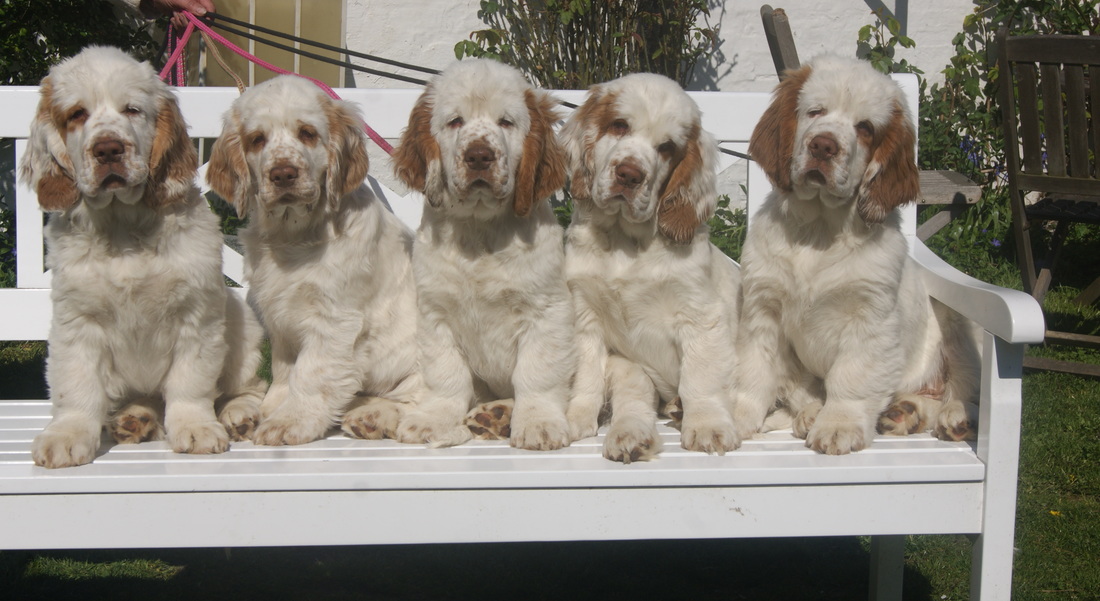 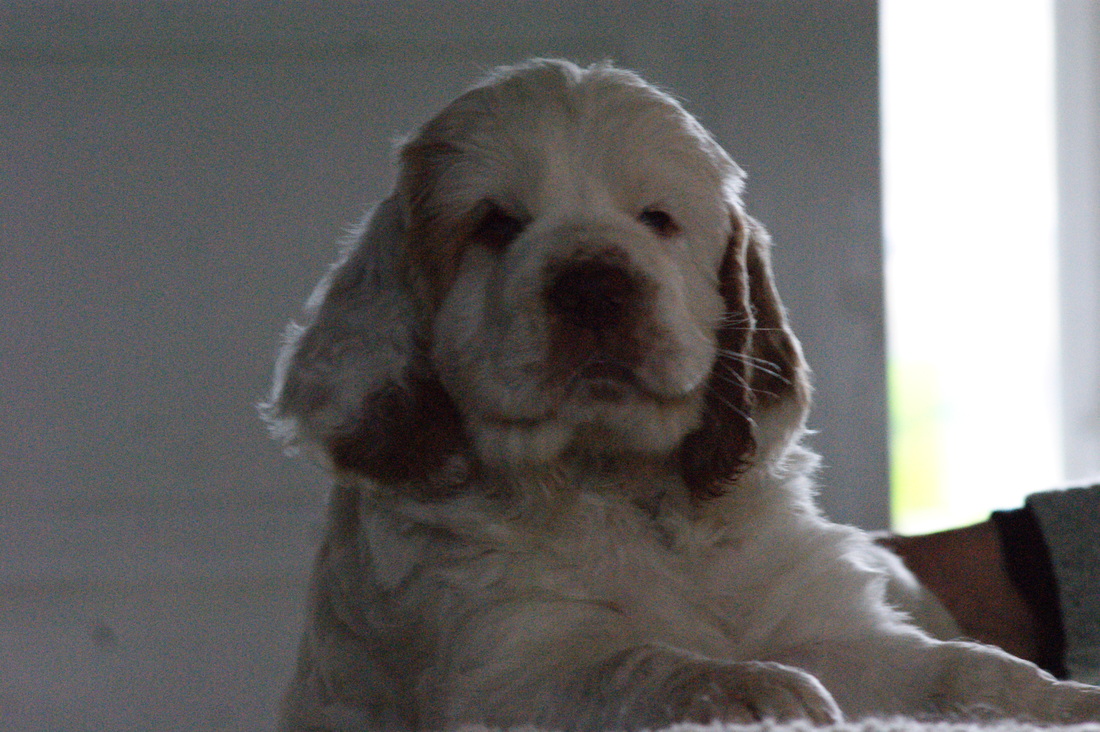 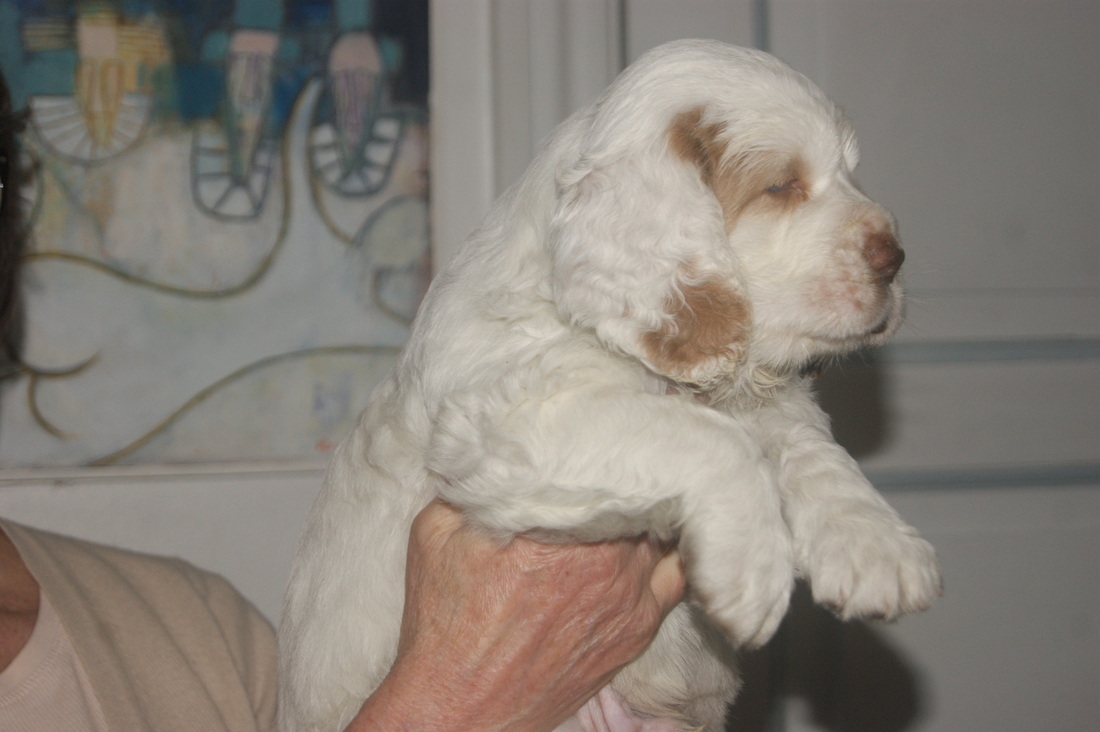 Traddles Dickens at 5 weeks.  Available to a good pet home, preferably Denmark or near. 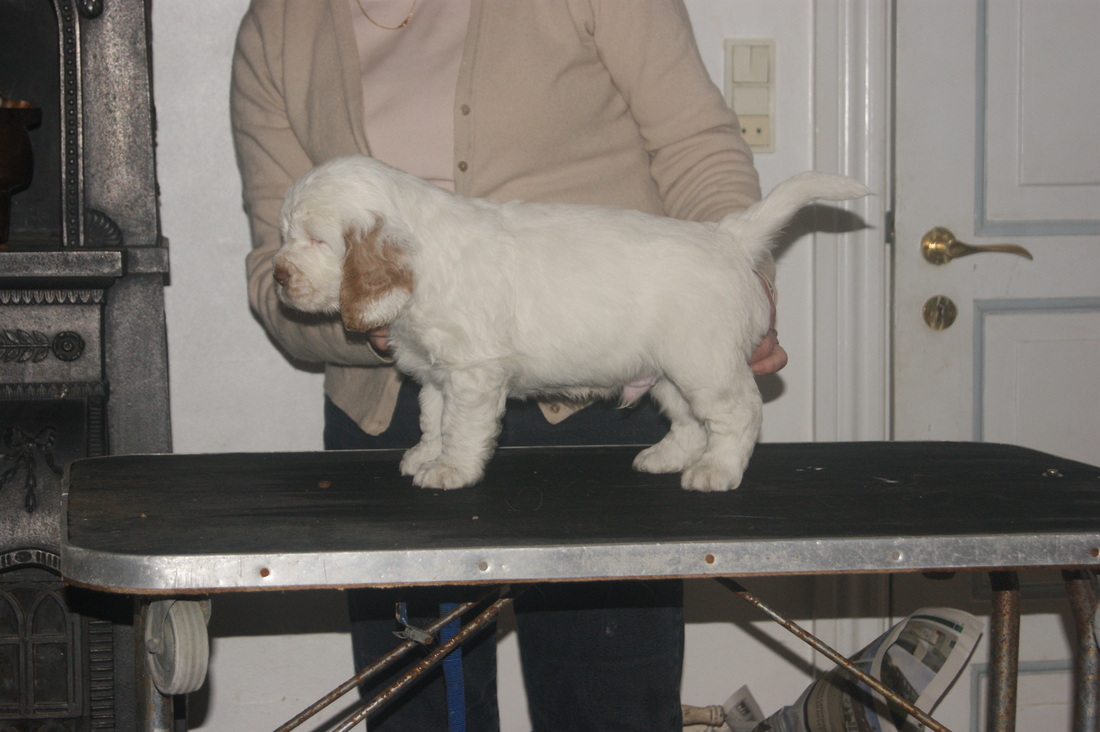 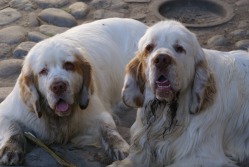 The clumber spaniel may look like a cuddly, sleepy teddy bear but is a dog with a well developed sense of smell and hunting instinct. The breed was originally used to flush birds from the most impenetrable thickets. They do well as a family dog and do not need a lot of exercise but love nothing more than getting their nose down on the field.

The first clumber puppies came to Denmark in 1982 from Clumbrolds in Sweden to Kennel Traddles.

Raycroft Soloist  was an international champion and world winner in both Holland and Austria. He sired the first clumber litter in Belgium as well as Denmark.

The kennel is small and run on a hobby basis and the dogs are household pets. They are trained in the field, though rarely hunt, and are sparsely shown yet with excellent results.

Frejakalgens Obelix, (Obo)born in 2000 of Swedish /American parentage, was world winner in Holland in 2002 as well as Copenhagen winner. He has passed the elementary retrieving test on land and water

From Finland I have imported Spice Twice Bohemia Mytus, known as Freddie. He was born in May 2004.

Don´s Babuska (Baby), born in 2001 has some very well known Swedish clumbers in her lineage. She won the junior world winner title in Holland in 2003 as well as Copenhagen winner. She has passed the elementary retrieving test on land and water.

She has had a litter, named from Oliver Twist, in August 2004, sired by multichampion Don's Hop on the Bus Gus.

From that litter I have kept Traddles Mrs. Thingummy (Thingy)

The kennel name is from a character from Dickens and the names of the puppies bred here are taken from Dickens´ books. 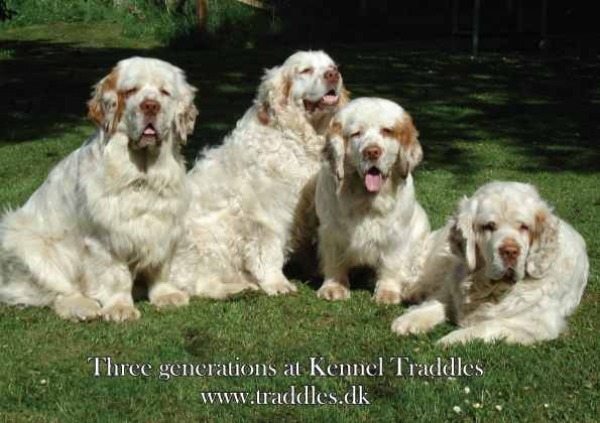